It has been over 100 years since the birth of one of the most unlikely figures to have marked the history of the Solomon Islands – John F. Kennedy. Before becoming the United States’ 35th President, Lt. Kennedy made his mark as a hero during the WWII battles against the Japanese army in the Pacific. 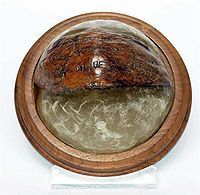 WWII was in full swing in Europe, and the attack on Pearl Harbor had taken place in 1941.

On 2 August 1943, at night time, Lt. Kennedy’s crew patrolled the water in the Solomon Islands, when the much larger Japanese Destroyer Amagiri crashed into their boat, PT-109. The smaller US boat was split in half, and two of the crew were killed on collision, whilst Lt. Kennedy and another sailor were injured.

Showing fearless bravery and comradery, Lt. Kennedy took the injured crewmate, tied him to the front of his life jacket, and swam to a nearby island.

For two days, the surviving men survived off coconuts, tended to their injuries, and looked for help. Just as hope felt dim, help came in the shape of two Solomon Islanders in a canoe. At first, the two men in the canoe thought the soldiers were Japanese and paddled away, afraid for their lives. It is said Japanese soldiers used the locals as target practice.

However, Lt. Kennedy and his shipmates realised they were close to a larger island and braved the ocean again, leading to their rescue. The local Solomon Islanders taught them to write a message on a coconut and risked their lives to deliver Lt. Kennedy’s message to a US Navy base in the vicinity. The message read “NAURO ISL…COMMANDER…NATIVE KNOWS POS’IT…HE CAN PILOT…11 ALIVE…NEED SMALL BOAT…KENNEDY”. When he became President, JFK used that same coconut as a paperweight in the Oval Office at the White House.

On 8th August, Lt. Kennedy and his crew men from the PT-109 were rescued. John F Kennedy never forgot the bravery and selflessness of the Solomon Island people, even inviting his two rescuers to his inauguration as President of the United States.

In turn, Solomon Islands named one of its islands after the US President. Kennedy Island is situated 15 minutes by boat from Gizo, the provincial capital of the Solomon Islands' Western Province. The island is currently uninhabited but was the stage of Kennedy’s dramatic WWII bravery. It houses a shrine built for Lt. Kennedy by one of the Solomon Islanders who aided in his rescue, Eroni Kumana.

Kennedy Island is also a well-loved local tourist attraction, popular with wreckage diving enthusiasts, as well as history buffs interested in WWII. Over 100 years from JFK’s birth, you can follow in the footsteps of history. Retrace Kennedy’s voyage in the Solomon Islands, take in the local culture, and see the WWII relics first hand. Visit Kennedy Island and create your own story.

Visitors to Lubaria Island in Rendova can also discover a World War II collection dedicated to John F Kennedy whilst enjoying the peaceful island surroundings and smiles of your friendly hosts. Taking place in August each year, Kennedy Island plays host to the JFK PT109 Anniversary Commemoration and Swimming Competition. Participants assemble at Kennedy Island in the early morning, and following opening proceedings head to the shore, waiting patiently at the water's edge to race to the opposite shoreline. The race honours the bravery of John F. Kennedy as participants get to experience the journey that JFK made. However, the only things needing rescue are the prizes that await the winners and the fun and festivities on the shore.

The event is scheduled for Wednesday 4 August 2021, starting at 7am at Kennedy Island. For information, contact Visit Solomon Islands. Based at Agnes Gateway Hotel, Go West offers fully guided half and full day tours throughout the area. Off the beaten track adventures, cultural experiences, historical site visits, fishing and charter trips. You can also design your own experience.

During World War II, Munda was a vital military airfield base and remnants are scattered throughout the region. You can visit two small private museums of WWII relics. One is the Peter Joseph WWII Museum and the other is further east. Both are walkable from Agnes Gateway Hotel and accommodation in town or easily accessible by taxi.