Flights from Gizo to Munda

Munda is the largest community on the island of New Georgia in the Western Province of the Solomon Islands, and is comprised of a number of villages. Munda is located at Munda Point, at the southwestern tip of the western end of New Georgia Island, with the large Roviana Lagoon just offshore. Munda is a 1-2 hour boat journey or 15 minute flight to Gizo and a one hour flight to Honiara with Solomon Airlines.

Munda Airport was initially built by the Japanese in 1942. It was taken over by the Americans in 1943 as a precursor to securing Rabaul, the key control base for the Japanese in the region. Air Solomons still use the same airstrip today. Munda Airstrip is the second biggest in the Solomon Islands and has hosted much bigger aircrafts in past years.

Roviana Lavata was once home to the most notorious head hunters in the Solomon Islands. It is also where Alick Wickham, son of one of the first English Traders to set up in the area, perfected the taptapala, a distinct swimming style used in Roviana. Sent to Newington College in Sydney by his Father, admist fears of his son becoming a headhunter, Alick broke many Australian swim records using the unique stroke. This was later perfected and is now known as the Australian Crawl. 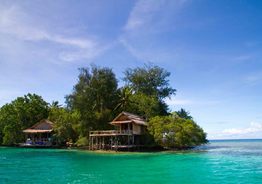 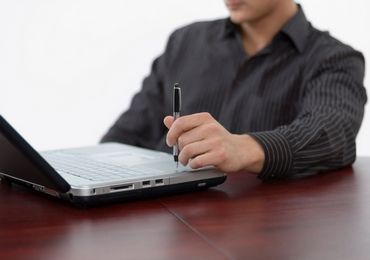 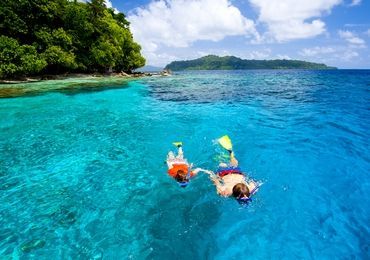 Suggestions on things to do and places to stay in the Solomon Islands.