Solomon Airlines has announced new schedules for international flights from Honiara to Tarawa in Kiribati, and Nadi in Fiji to improve convenience and itinerary opportunities for business and leisure travelers.

Effective from 30 March 2020, the airline’s weekly Honiara to Tarawa flight IE720 with connections from Brisbane will change to a Monday departure (the service previously operated mid-week on Wednesdays) and IE721 will return on Tuesdays.

Effective from 1 April 2020, flights from Honiara to Nadi will depart on Wednesdays (Flight IE702/703 operated by Solomon Airlines Honiara-Port Vila-Nadi) and return on Thursdays. On Saturdays we have Flight IE704/705 a code-share service is operated by Fiji Airways Nadi- Honiara-Nadi direct.

Solomon Airlines CEO Brett Gebers said the revised schedules are in response to customers’ needs and would allow travelers to Fiji a better mix of options now including both mid-week and weekend departures to Nadi. Mr. Gebers said the re-timed Tarawa schedule with direct connections from Brisbane and now arriving on a Monday would allow for a fuller workday week in Kiribati.

Solomon Airlines has also confirmed an extension of joint services with Air Kiribati to 30 June 2020. The airlines commenced services linking Brisbane with Tarawa via Honiara in August 2017.  The flights built on an Air Service Agreement (ASA) and Memorandum of Understanding (MOU) signed between the Solomon Islands and the Republic of Kiribati.

Solomon Airline's international services are operated by Airbus A320 aircraft.  The airline is preparing to take delivery of a new A320 later this month. 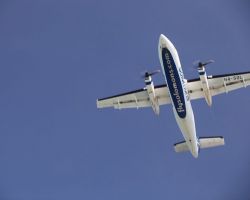 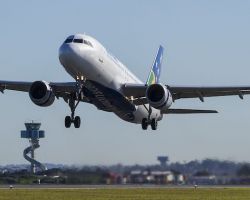