Solomon Airlines today announced the reintroduction of weekend flights and Saturday open hours at their Point Cruz Sales Office starting this week, in preparation for the festive season.

“Demand for domestic travel is steadily building, and while international borders remain closed, we want to encourage travel in the Solomon Islands, especially for families who can now take advantage of increased travel options and the fantastic Xmas and New Year package deals being offered by many tourism operators.

“The reintroduction of weekend services will also accommodate demand for short stay, weekend getaways over the festive season,” he said.

Solomon Airlines continues to operate to all 23 of the airline’s domestic destinations.  Under the airline’s new domestic schedule, effective from Sunday 13 December 2020 until Saturday 27 March 2021, flight additions include:

The airline’s Point Cruz Sales Office will be open on Saturdays from 9.00am to 12.00pm starting from this week, until 23 January 2021, in addition to the usual Monday to Friday 8.00am to 4.00pm office hours.

For assistance, visit the office in person at the Old Bemobile Building, Mendana Ave, or contact them via phone on 20152 or email [email protected] 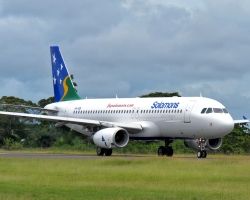 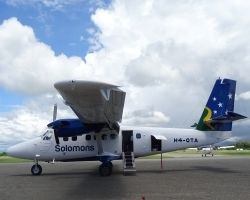 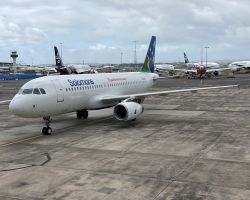