42 years from Cargo Trainee to our King of Compliance

When Napoleon Padabela started his aviation career in October 1979, Solomon Islands and Solomon Airlines were a world away from where they are today.

This month Mr. Padabela, now a senior management member and Solomon Airlines Manager of Safety Systems and Security, achieved his 42-year anniversary of service with the national carrier.

We spoke with him about the key to a long and successful career, his inspiration, and his experience over more than four decades.  As the country and the airline advanced, Solomon Airlines and Solomon Islands also endured challenges wrought by forces of nature, economic downturn, civil unrest, and most recently the onset of the COVID-19 pandemic.

How did he manage to keep focussed, keep his job and keep progressing? And what wise words does he have to share with Solomon Airlines colleagues and those aspiring to work in aviation today?

“My advice to youth who are wishing to start an airline career as I once did, is not to wish but to find a way to educate yourself first.

“Before you approach an airline or employer, do whatever it takes to obtain a relevant diploma or University degree which is required in aviation or business,“ he said.

Educated at King George VI National High School, Mr. Padabela joined Solair at a time when the airline had not yet entered the jet age.

“The advice I would give to other current employees who want to progress in the company is, do not wait to be promoted. Get yourself competent, look for opportunities to learn additional skills, show initiative, understand the airline’s manuals and focus on improving your work performance,” he said.

It is a disciplined approach that has served him well.

Within six months of starting work, he had moved from being a Domestic Cargo Trainee to Traffic Officer at Henderson Airport and later Traffic Supervisor as Solair made steady progress and with the purchase of a brand new Fairchild Swearingen Metroliner, commenced regular services to Vanuatu.

Within a matter of years, Mr. Padabela was promoted to Airport Manager, and then Manager Ground Operations before transferring to the airline’s commercial functions, as Sales and Interline Manager.

In 1991 Solair Management approved him to attend an IATA-sponsored Management course held at Bailbrook College in Bath, United Kingdom, an air traffic control training centre at the time.

Over the years, he also attained a Diploma of Quality Auditing with Southpac Aerospace in Brisbane, Australia, and a Diploma in Safety Management Systems with IATA.

“Whether you are a team leader or department manager, having a unique set of leadership and supervisory skills is key. These courses provided me with people management, personal development, and workplace technical skills that are vital for advancement in any industry” he said.

“He was and is my positive role model, he influenced my actions and motivated me to strive to uncover my true potential and overcome my weaknesses,” he said.

“He inspired me to look for self-improvement because just as we have at work, we can also have in life, measurable performance indicators to strive for, or to compare ourselves with,” he explained.

During the difficult years of ethnic tension in the Solomon Islands which disrupted a history of relative peace in the country, Mr. Padabela was appointed to the high-profile commercial role of Manager of Sales and Marketing for Solomon Airlines.

In 2018 and he was appointed to his current role as Solomon Airlines Manager of Corporate Safety, Security, and Audit Administrator.

“Between our offices, airport terminals, tarmac and engineering areas, and of course on our aircraft, safety is of utmost importance,” he said.

“That is a responsibility we take very seriously.

“At Solomon Airlines we seek to create an organisation where everyone considers safety, health, and security to be paramount in the execution of our business.

“We achieve our safety goals through a combination of both internal checks and processes and external audits, where we must meet strict standards and obligations set by independent aviation regulators such as the International Air Transport Association Operational Safety Audit (IOSA) Program.

“Solomon Airlines holds an IOSA Certificate which means the airline meets an international standard for its operations. This is also a requirement to enter into code-share agreements with other airlines.

Other milestones included the establishment of the first internationally recognised operational audit standards; reduction of costs and audit resource requirements for airlines and regulators; continuous updating of standards to reflect regulatory revisions and the evolution of best practices within the industry; and successful achievement of a Quality Audit under the stewardship of the International Air Transport Association.

“However aside from the satisfaction related to such responsibilities, the most enjoyable part of working for Solomon Airlines has always been about the people,” he commented.

“My relationships with internal and external staff mean a great deal to me and are a large part of the enjoyment throughout my career.”

“There is a great sense of pride to work for Solomon Airlines and working alongside colleagues past and present we have been through good times and difficult times together.

“I have seen the airline change and grow and have witnessed the ongoing financial impacts of factors outside of our control and within our control, and including during the unprecedented era of COVID-19,” he said.

“The past two years have been difficult for many people and for all airlines around the world but with sacrifice, hard work and Government support Solomon Airlines has managed to endure,” he said.

“In the future, I would like to see Solomon Airlines continue to strive for better financial viability so that Solomon Islands national carrier can continue to develop resilience to weather future challenges and to support air services and tourism development for our country and for future generations.” 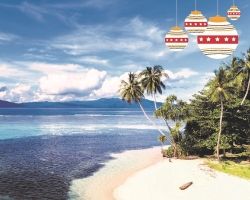