The music of Natty Dolaiasi, the culture of Solomon Islands and Solomon Airlines will be prominent in Australia this month during a series of music festivals, performances and other cultural activities made possible with flight support of Solomon Airlines.

Mr Dolaiasi flew out to Brisbane today en route to the Byron Harmony Festival, an annual multicultural festival in the world-famous destination of Byron Bay. The festival is part of the ‘National Harmony Day’ celebrations taking place across Australia.

In the lead up to the Byron Harmony Festival and supported by Multicultural NSW, a Youth Cultural Project will also inspire and encourage local young people to celebrate their own cultures, learn about other cultures and develop cultural awareness.

Through this project, Natty Dolaiasi will also teach local young people of Solomon Islands background who have been isolated from their culture with the aim to prepare them to perform at the Byron Harmony Festival on 21 March.

Mr Dolaiasi plans to perform with these young people at schools and other youth events.

He will also draw attention to Solomon Islands during performances with his ‘Island Vibe Band’, during solo performances, radio interviews and touring local arts and culture venues throughout Northern New South Wales.

Following the Byron Harmony Festival, Mr Dolaiasi will fly to Bali where he has been invited to participate in a major cultural festival in Bali called Bali Spirit Festival. He will also tour and share Solomon Islands culture in a variety of venues throughout Bali.

"Many people will experience firsthand, our live music and culture and at the same time we will promote that Solomon Islands is just three hours away by air from Brisbane,” he said.

The Byron Harmony Festival is a celebration of the world's cultures with music, dancers and performers showcasing their unique cultures and talent. It is the largest celebration of its kind in the New South Wales North Coast Region, involving 250 performers and attended by over 2000 people.

“These highly regarded international events are an opportunity for to bring enormous attention to the culture of the Solomon Islands in locations with a very high level of tourist activity,” Mr Sigimanu added. 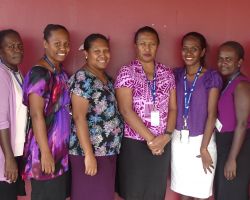 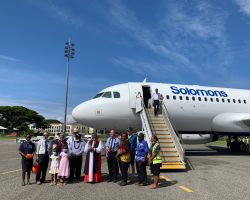